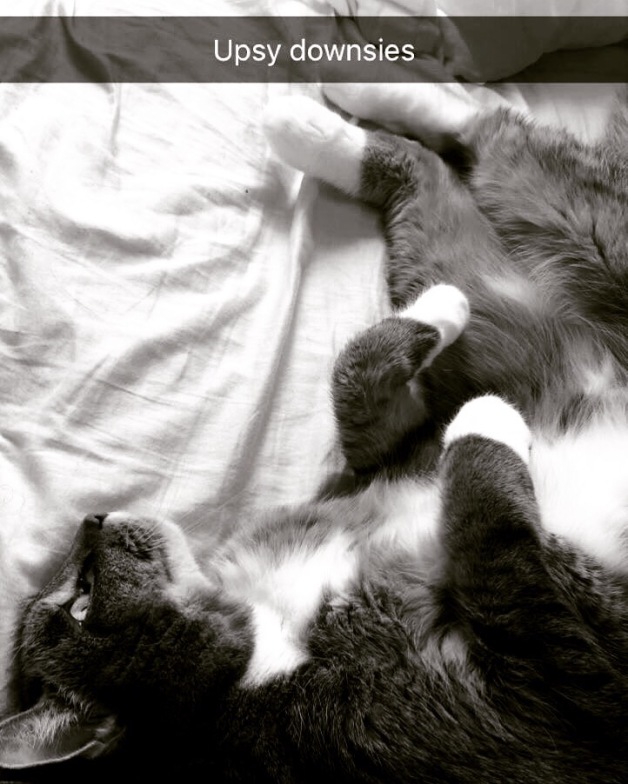 We’re at the point where our remodel is closer to the end than the beginning and we now have mighty nice hardwood floors. The downside is that we still live a weirdly transient life, with the Wife and the dog (which we are currently taking care of) couch surfing and me and the cat having moved back into our sparse, empty-ish place. Our stuff is either (literally) stuffed into the kitchen and bathroom and, somewhat more roomy, a storage unit.

Aside from big house-related changes I’ve started a new job, still at the same company, but different team. It’s a good change, I think, but I can’t help but be nervous. New people, new demands, new…stuff…

Anyway, the only way is forward! Everything is new!

Happy Bunny Day! We are currently moving our stuff and I went through some of the books we have and found this in a German cookbook.

More soon, lots of shit going on, moving, tearing, nailing, and whatnot. Busy and energy-draining. But hey, we’ll have great floors soon! 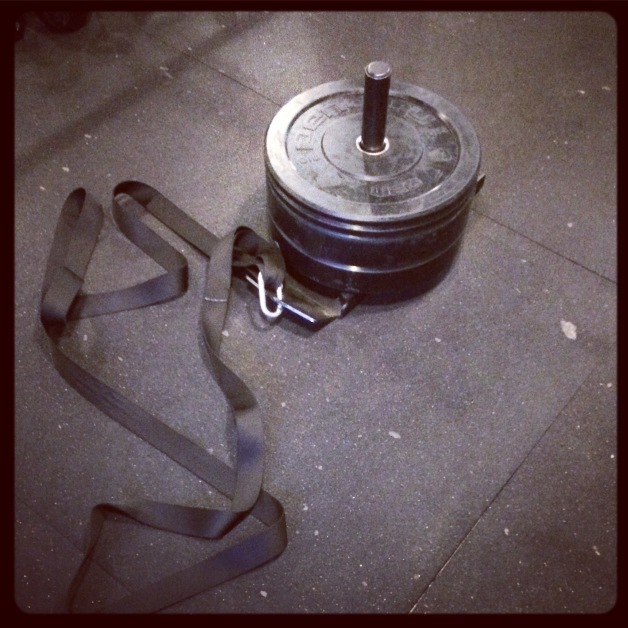 Time is already moving away from me. Lots of work over the last weeks, at work-work and remodeling. Both sucks but I’m trying to stay positive a find future-state-oriented.

I’ve stated reading Neil Gaiman’s latest book and it’s one of those books that is so delicious that I don’t want it to stop. Get it.

Plus, I have a cold again. Fuck that.

Oh, and it’s been pretty much one year exactly since my surgery! Here’s to the future! 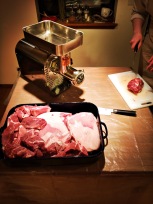 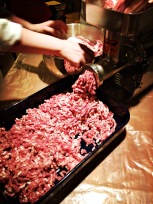 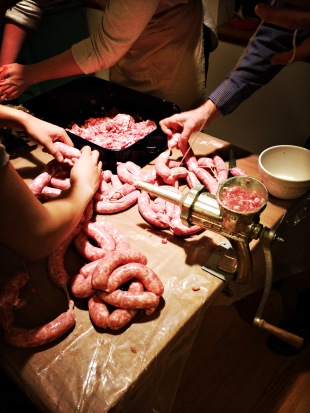 It’s time for sausages again. These will be dried, which is going to take a while and I should also add that I was barely involved in this project beyond ‘sittin’ pretty.’

Long and short week again. We finally finished our bedroom, which took way longer than it should’ve taken and, for the record, I really really hate painting at this point. The white hot rage of frustration this causes in my is something I haven’t felt since I was a child. Good times.

Something that comes up again and again in my ‘to do’ lists every year is ‘travel more’ and ‘do more stuff with friends’ — and each year I fail. It’s tough for me to keep in touch with friends, which is apparently not unusual for men my age. Anyway, yet again, I will try and make an effort. Travel is another thing and for me the main problem here is planning. I need to just pick a date and commit. Book stuff. Prepare. The ‘traveling man’ is one of those personas I’d like to see myself as but I’m terrible at actually doing it. Probably because it’s outside of my comfort zone and, in my mind’s eye, the chores of traveling outweigh the benefits. Which is partly a BS excuse, of course.

I’ve started lifting weights and it’s great to be back in a gym and be physically active like that. And I’m eyeing rock-climbing as a hobby that includes more social interaction. It appears to be about as nerdy as BJJ was and there’s enough technical stuff to geek out on.

First things first, new episode of It’s Unclear Podcast is up. We’re already in season 2 at this point (look how fancy) and I guess I never shared it here. Get it on iTunes. I have also reconnected this blog to Facebook, for what it’s worth.

The first week of using Blue Apron is done and so far I like it. It’s as close to having a mommy as you can get without someone actually cooking the food for you, if that is what it takes for us to actually eat something but crackers and cheese for dinner (not a bad thing) then so be it.

We’re in a state of constant remodeling and spent weeks painting our bedroom and I’m fucking sick and tired of it. The level of frustration and anger painting walls creates in me is a bit strange but it is what it is. I’m done and I think it looks like shot but I’ll settle for “good enough” like a loser. I need to remember that at least we have a Condo and not a house because with that type of endless project I’d just resign myself to live in a disgusting nest forever and ever.